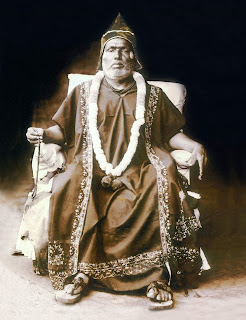 "Sri Rama Jai Rama Jai Jai Rama", is the sacred tharaka manthra chanted by saints for the realisation of God. The saints not only chanted the manthra, for their benefit, but initiated it to their disciples in the larger interest to benefit the mankind.

Sri Brahmachaithanya Maharaj was a great saint who lived in Gondavale, Sathara Dist.Maharashtra. He was born on Wednesday,february 10, 1844. He was named Ganapathi. His parents were Raoji Panth and Geetha Bai. Even from very early days Ganapathi showed high intelligence and good memory power. He realised that without the guidance and grace of a Guru , one cannot see God. At the age of 12, he left home in search of a Guru. He met a large number of mystics. He possessed the capacity to judge the spiritual worth of any person,even at that tender age. "This power", he said later, "I had quite early and I got it through the chanting of the Divine name".


After travelling much, and meeting many saints and Yogis, he was directed to Sri Thukaram Chaithanya of Yelegaon. Ganapathi came to the village in the morning. Sri Thukaram had gone out. No one knew when he would return. The young sadhaka, after taking bath in the nearby river, waited for the Guru's Darshan with an empty stomach. He sat outside the house immersed in japam. In the evening, Sri Thukaram returned. Some body had told him that an young boy was waiting for him. He came home shouting, "where is that boy? where is that thief?",


Ganapathi stood up and at the first sight of his Guru was overpowered with emotion. He could not move. He simply stood before his Guru, with holded hands and tearful eyes. The Guru roared: "Come on, I am going to murder your self".The lad humbly replied, " O Guruji! I surrender myself to you." with these words he fell on Sri Thukaram's feet. With this began a deep relationship between two great souls, which was divine in all its aspects.

Sri Thukaram was more than a mother to the young lad. He tested him severely. But, the young Ganapathi obeyed his Guru's orders implicitly. During his stay at Yelegaon, Ganapathi became an expert in meditation. On a Sri Rama Navami Day, after a bath in the river,sitting under a Banyan tree, the Guru said, "My child! You have been with me for nine months. I have put you to a very severe test. But you have passed it. You are now more than fit for Divine Grace. I Give you today what the great Vashishtha gave Sri Rama, What my Guru has given me. Receive it with all thy heart." Sri Thukaram whispered the Manthram, "Sri Rama Jaya Rama Jaya Jaya Rama". in the young diciple's ear and placed his right hand on Ganapathi's head. Ganapathi(here after addressed here as Maharaj) immediately lost himself into deep Samadhi. When he returned to normal consciousness, he was rapt into the supreme joy of the Divine Being. He came to know God by himself becoming the Divine. He thus became a true saint. The attainment of saintship was almost a new birth of the soul. The guru, therefore gave a new name,"Brahma Chaithanya", to the disciple. He became known as Sadguru Sri Brahmachaithanya Maharaj.

After the attainment of sainthood , Maharaj left yelegaon, and went towards north. On the way, he passed through dense forests near Ujjain. He stayed in Samadhi for two months in the forest. And then he went to Himalayas. After residing in the holy regions of the mountains for some time, Maharaj felt that he should take upon himself the work of spiritual awakening among the people. So, after visiting many holy places, and leaving behind many followers, wherever he visited, he returned to Gondavali in the month of March 1866. At the insistence of his mother, he brought his wife Saraswathi from her parent’s house. (He was married to Saraswathi,when he was under 12 years by their parents, at the insistence of his grand- father Sri Lingopanth Kulakarni).
Residing in Gondavali, he turned the small village, into a place of pilgrimage. Many people, all over the country, visited him for his teachings. He constructed Rama Mandirs at many places, and made Ram nam reverberate everywhere. He breathed his last uttering, “Sri Rama” at 5.50 a.m. on Monday, 22nd December,1913.

I have not gone away:-
Sri Bhau Saheb Ketkar felt very sorry when Maharaj was no more. He could not bear the Maharaj’s separation and felt an aversion for food and drink.
One night, Sri Maharaj appeared and said to him, “Bhau Saheb! I am not gone. I am here as before. I will meet you whenever you desire to meet me”. In 1918, the whole taluk, including Gondavali was affected by Influenza. The villagers came to Sri Ketkar for medicine. He was worried as to what could be done. The Master appeared and said, “Well there is no cause for worry. Prepare ginger curry, put holy water into it and give it to the patients”. Sri Ketkar acted accordingly and all his patients got well.
For more details read: "The Saint Of Gondavali" by Prof. K.V. Belsare.