Means of Attaining GodGod is hidden to us behind the screen of individual consciousness; we become one with Him as soon as this screen is removed. There are different means, or sadhanas, for removing it; the path of action, of yoga, etc. These are rather laborious to practise and may, sometimes, strengthen the screen instead of tearing it down. The path of devotion, however, is easier, more congenial. It consists in going in utter surrender to Him, simultaneously emptying oneself of pride of individuality, to belong to God, to see God in everything, and to see nothing but Him in anything. The means to achieve this position of devotion is to ascribe all doership to God, to think that everything happens as He desires it, and to dedicate every action to Him. This is the quickest way to destroy egoism. Alternatively, abide strictly by the instructions of the sadguru, setting aside all ego and so-called wisdom, and without demur. The least one can do is merely to live with him, in his company. Listening to his talk, observing every action of his, gradually consume all ego.
There are two ways of creating and imbibing a spirit of devotion. One is kind of recklessness with oneself: to divest oneself of everything, including clothing, and donning only a loin-cloth, and sitting down in a sort of satyagraha to meet God. This, however, is difficult for the common man. The other, easier way, is to create intense love or devotion by constant companionship: to read about His virtues, to listen to other devotees' panegyrics, to visit temples and see His idols, to do everything for Him, in His remembrance. Such constant company with Him eventually kindles intense love or devotion.
Devotion with an ulterior mundane object cannot be called genuine devotion. True devotion must be for its own sake. If I do something to gratify the senses, it becomes devotion to the senses, not to God, and I then become a slave to my senses. How can I enjoy sense-pleasures in a state of slavery to them? True enjoyment can only be as a master. The pleasure derived from God and the saints transcends all other pleasures. To beg mere sense-pleasures of them is like begging a king for an alms-cloth. Asking for anything in return amounts to spurning God for limited objects. So the aim of human life should be nothing less than attainment of God.
* * * * *
Posted by Raghunath at 6:02 AM No comments: 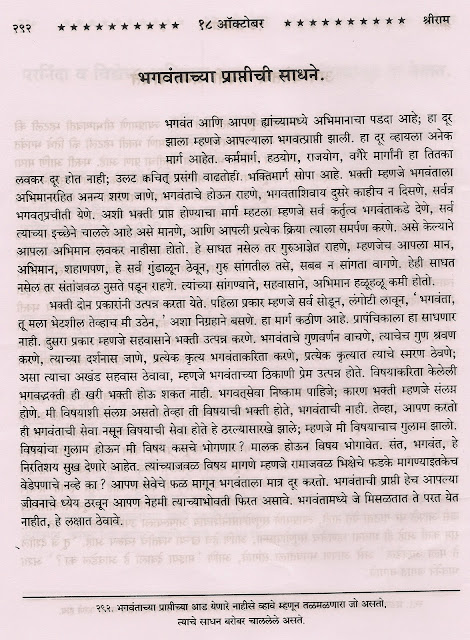 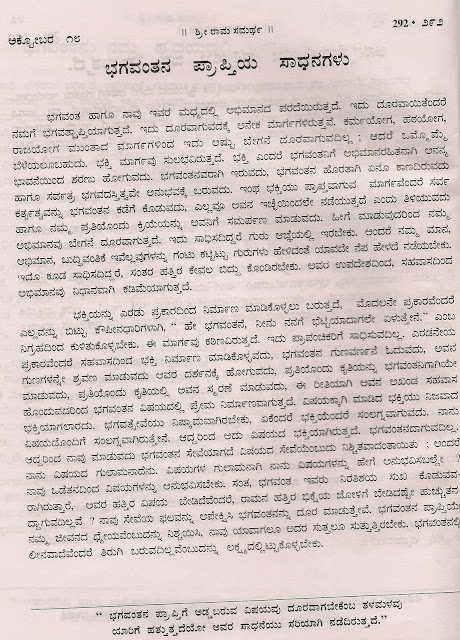