When Poojya Venkannaiah finally returned to settle at Chintamani in 1930's, He came into contact with Sri Y.Subrahmannaiah who was working in the Revenue department . They became good friends and Sri Subrahmannaiah became a staunch devotee of Sri Brahma chaitanya Maharaj. He helped in the cause of the Mandir. He accompanied Sri Venkannaiah to Jaipur to select the design and image of the divine idols which Grace the Chintamani Mandir. His family members became the followers of Sri Maharaj. His eldest son Sri Y.S.Gundappa was a poet and a teacher who was awarded President's award. He has written many poems and Children -literature. He has composed many songs on Sri Maharaj and the Mandir, which are sung in the Mandir, even to-day.
Sri Y.S.Gundappa's sister Smt.Sharadamma and her husband Ramanna who left Chintamani during 1980's have settled in Bangalore.Though they have come several times to the Mandir, because of old age, they could not come to the Mandir since three years. However, they were desirous of Sri Maharaj's padukas to be taken to their house. So, a satsang was arranged at their house on 29-4-12. and the Chintamani devotees went to their house with Sri Maharaj. The Old couple became very happy. Many relatives and friends had gathered. 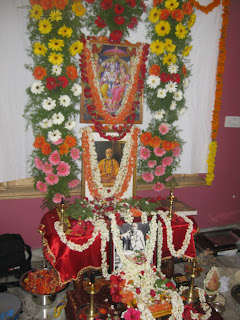 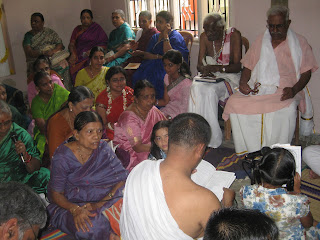 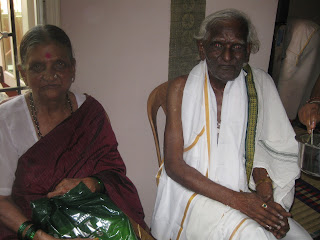 On return journey to Chintamani, the devotees visited the Shakthi Ganapathi temple in Maruthi Nagar,Yelahanka,Bangalore, on the day of the anniversary  of the temple. 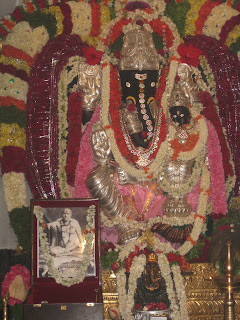 Finally, Sri Maharaj visited Sri Gopala Rao's House at Vijayapur. He was a regular visitor to Chintamani Mandir from his young age and now that he is 87, he could not come to Chintamani. So, it seems , Sri Maharaj graced him with a visit which made the devotee very happy and emotional.
Posted by Raghunath at 10:43 PM No comments: 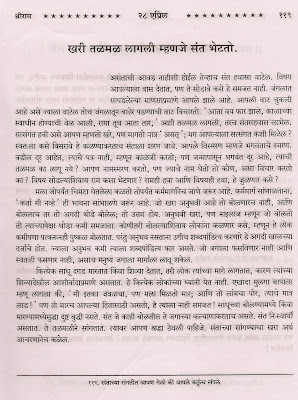 Poojya Venkannaiah's 129 the Jayanthi Utsav was celebrated in the Sri Brahma Chaithanya Sri Rama Mandir, Chintamani.
All the Trustees of Gondavale Samsthan visited the Mandir with a special mission - To invite all the devotees of Sri Maharaj to visit Gondavale during the year 2013, the centenary year. Sri Ravi Pathak spoke on Sri Maharaj's Pravachan. 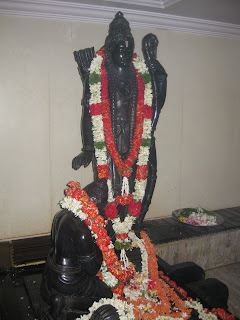 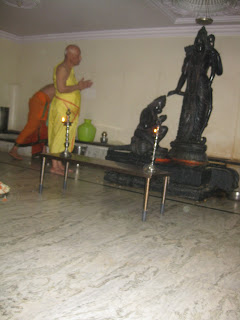 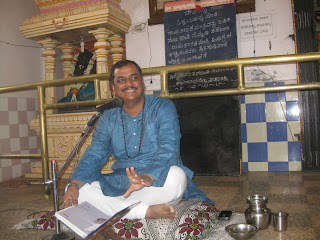 Posted by Raghunath at 5:53 PM No comments:

A copy of the letter from Sri Maharaj to Sri G.Venkannaiah

This is a copy of the letter sent by Shri Maharaj through Sri Keshava Rao Belsare and transcripted by Sri G.Venkannaiah in his Dairy. Written in Kannada is a Rama Bhajan written as sent through Sri Ketkar Maharaj. The Bhajan, in Devanagari Script is given below the letter. 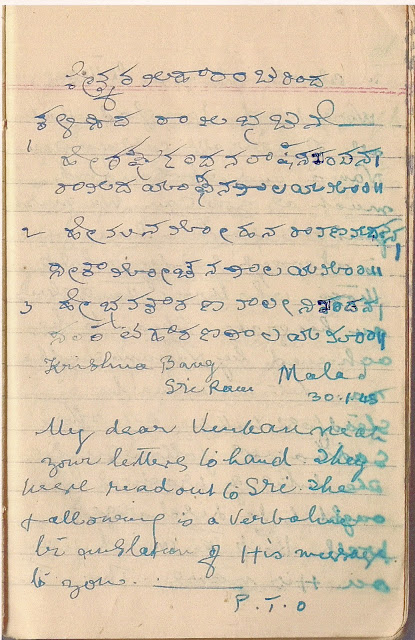 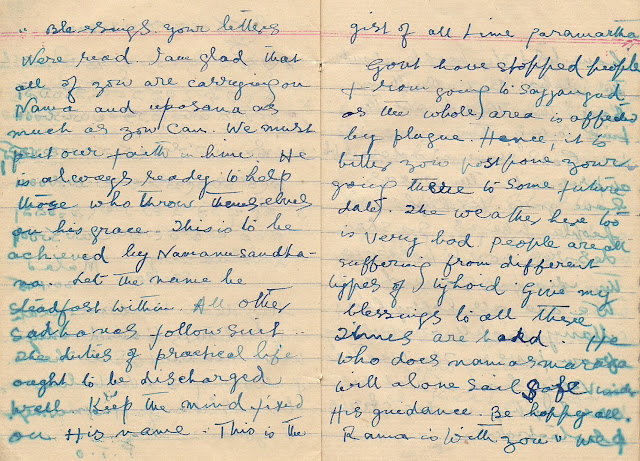 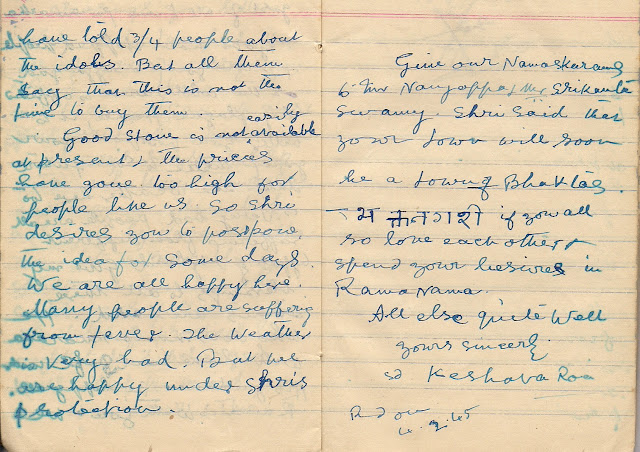 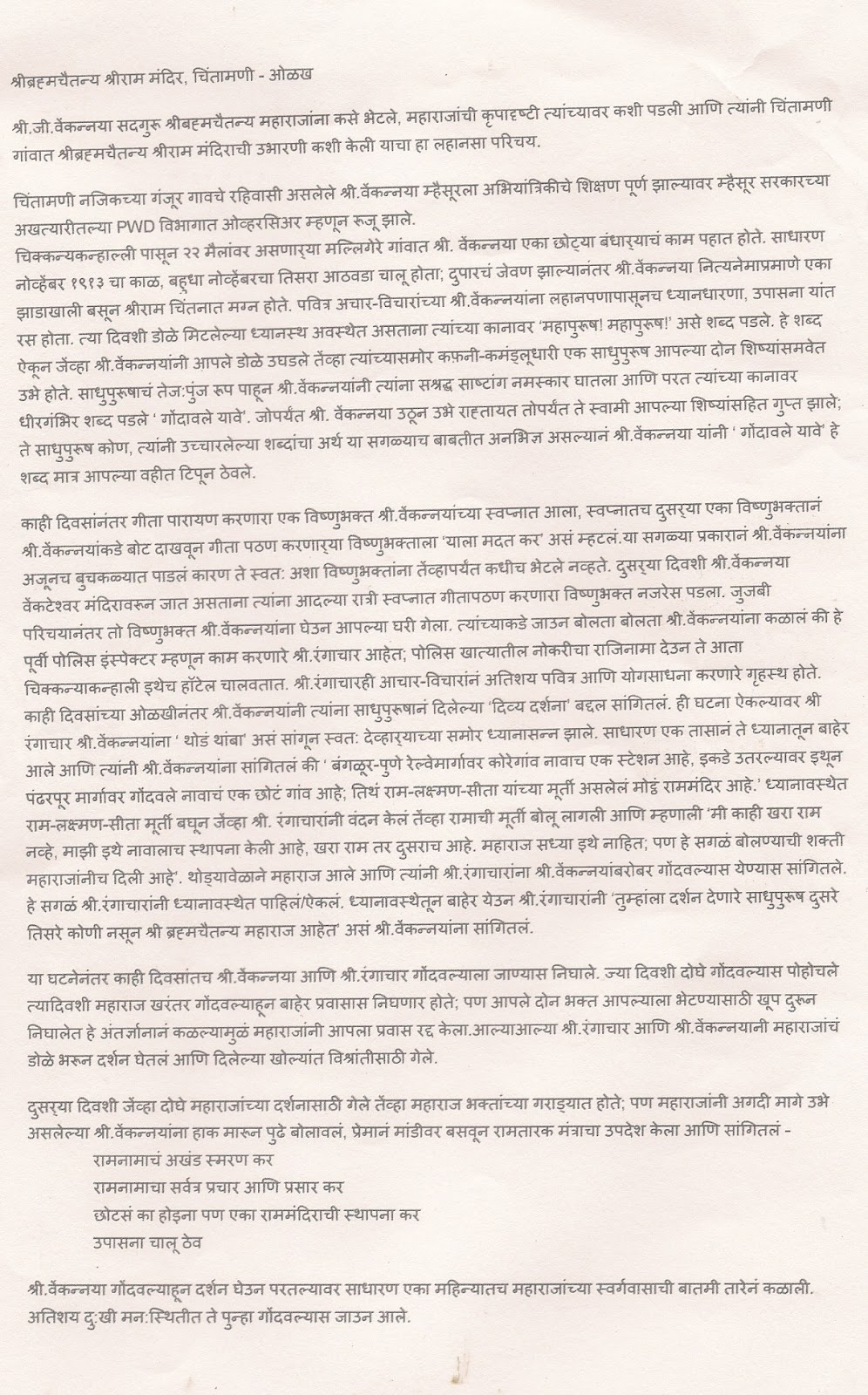 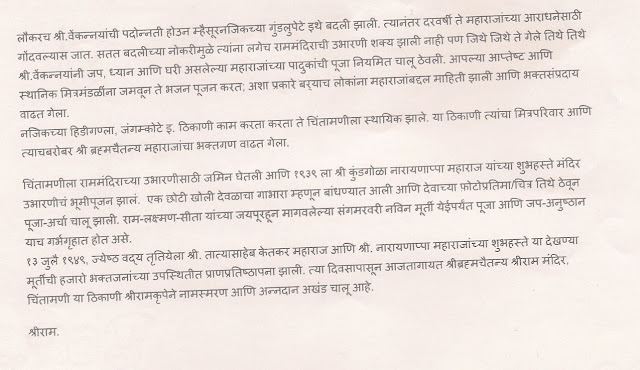 (Translation to Marathi by Kum.Pushkarinee Date)
Posted by Raghunath at 5:50 PM No comments: 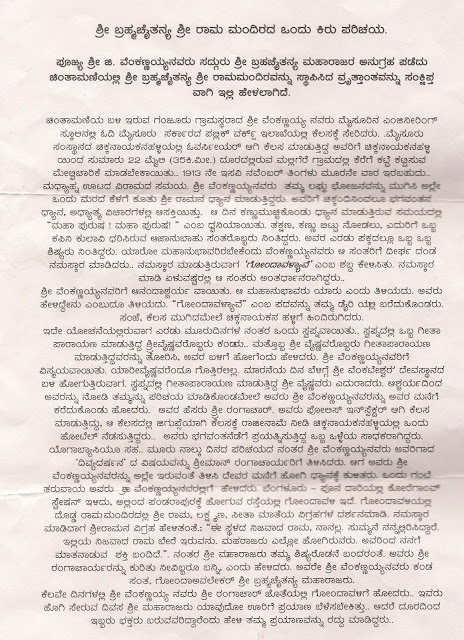 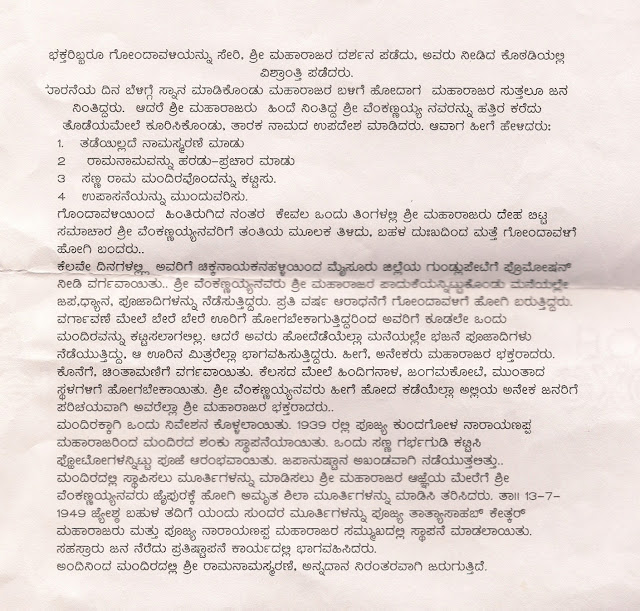 Posted by Raghunath at 5:50 PM No comments:

Posted by Raghunath at 5:34 PM No comments: