Sri Rama Samartha
Sri Brahma Chaitanya Sri Rama mandir, Chintamani,celebrated 65th anniversary of pratisthapana (installation) of the divine  idols, on Friday the13th. Special poojas, japanushthan, bhajans were conducted.
A small booklet "stotramala"was released.
One award in memory of Smt. Nanjamma Honnappa is being given every year to a  student of government Girls High School of chintamani who stood first in the 10th standard examination. This year kum. Samreen Ashroff received the prize.
One special feature was  85 year old  Sri S. N. Subbarao, a Gandhian in true spirit, who participated in the reformation of dacoits of Chambal, Madhya Pradesh.with Sri Vinobha Bhave and Sri Jaya Prakash Narayan,  visited the Mandir and participated in Bhajans. He lead some bhajans in his soft melodious voice. He narrated an incident which happened during one of their ventures in Chambal in May 1976.
" We were meeting individuals and gangs of dacoits to persuade them to surrender. I sat talking in a remote jungly village Nathukithore to a gang. Villagers also gathered around to see the fun. But, hardly had I started when some villagers ran away. When I looked around, I noticed, a long line of masked dacoits (later I learnt it was 19) with their rifles pointing in our direction. One of them shouted : Everybody stay where you are or you will be shot dead. But, by then , all had run away and I found myself alone on the charpoy. Before I could think, bullets began flying from both sides and right in.  For a moment, the thought occured to me : should I run? But there was no safe place to run to and further, a man running had fallen dead. So, I decided that if I am to die, let me die peacefully and let me take God's name before death.  I sat cross-legged and started singing Bhajan" (His own wordings printed in the souvenir Yuva chethana, comemorating his 80th Birthday in 2009)
There was a sudden change. They stopped firing. Afterwards they listened to him and later on they surrendered.
This is a story of a hero. But that hero came here and sang the Bhajan (http://youtu.be/zWTpe4ZE4WU) which changed the dacoits.
His achievements are too many to be listed. Even at 85 he is young in spirit and tours a lot. Though he has his base in Delhi (He is the Founder Director of National Youth Project) he will be untiringly touring all over the world visting Shibirs, he himself has started. He has dedicated his entire life in promoting social harmony, self-reliance and hope amongst the youth of our country. He is a living legend working in the field of non-violence and world peace.
We remembered Sri Maharaj's assurance that noble souls will visit the Mandir. 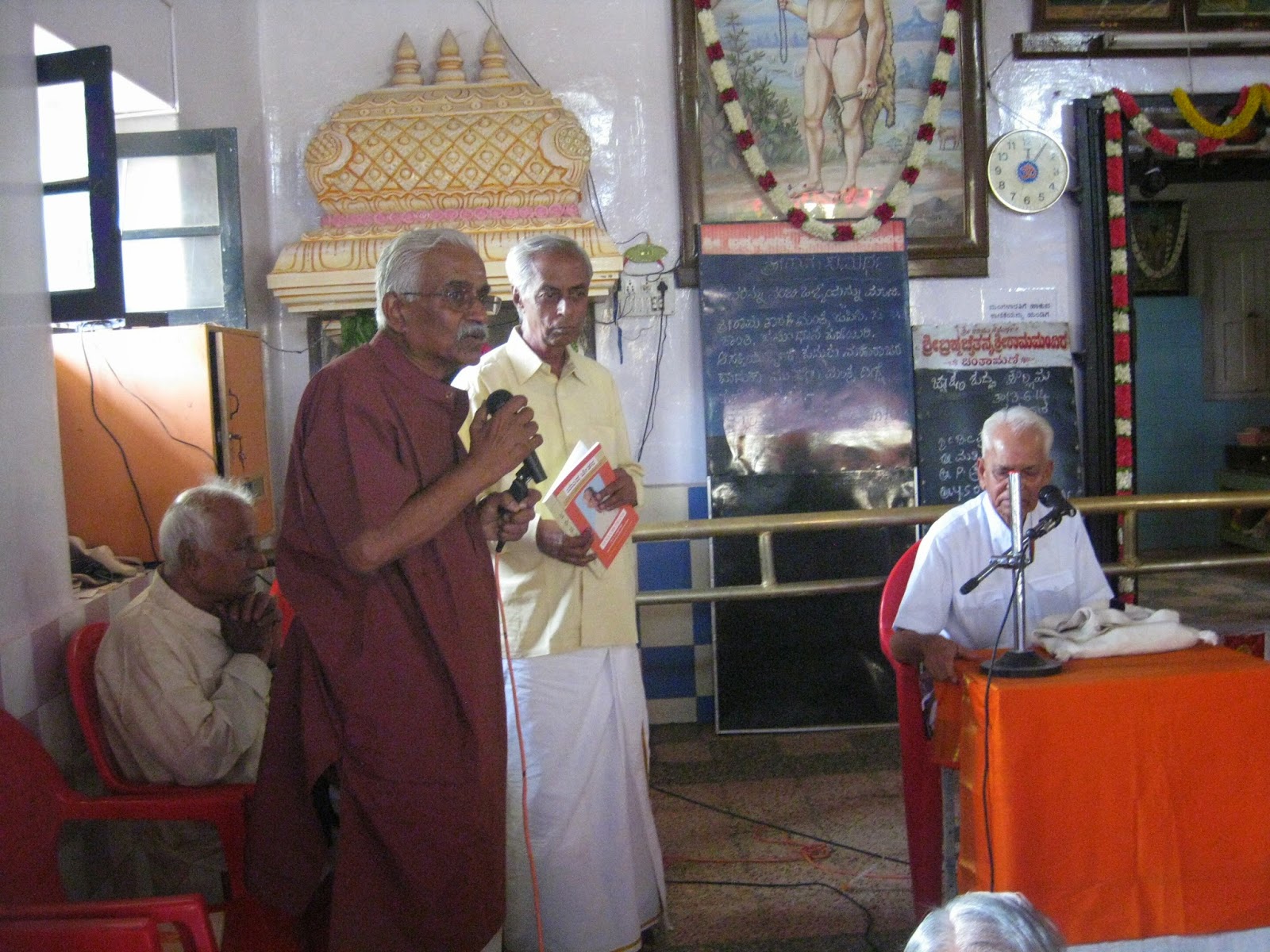 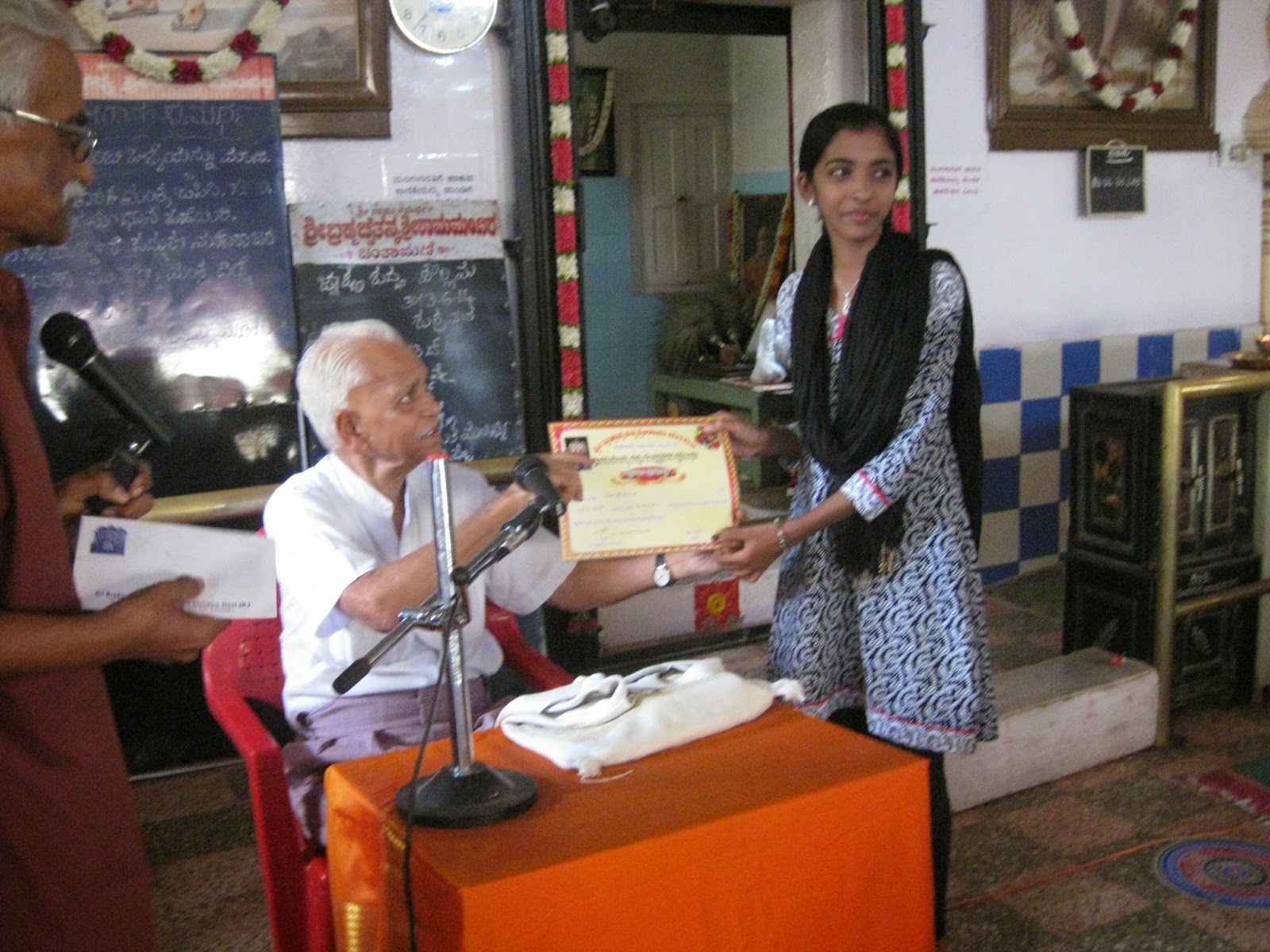 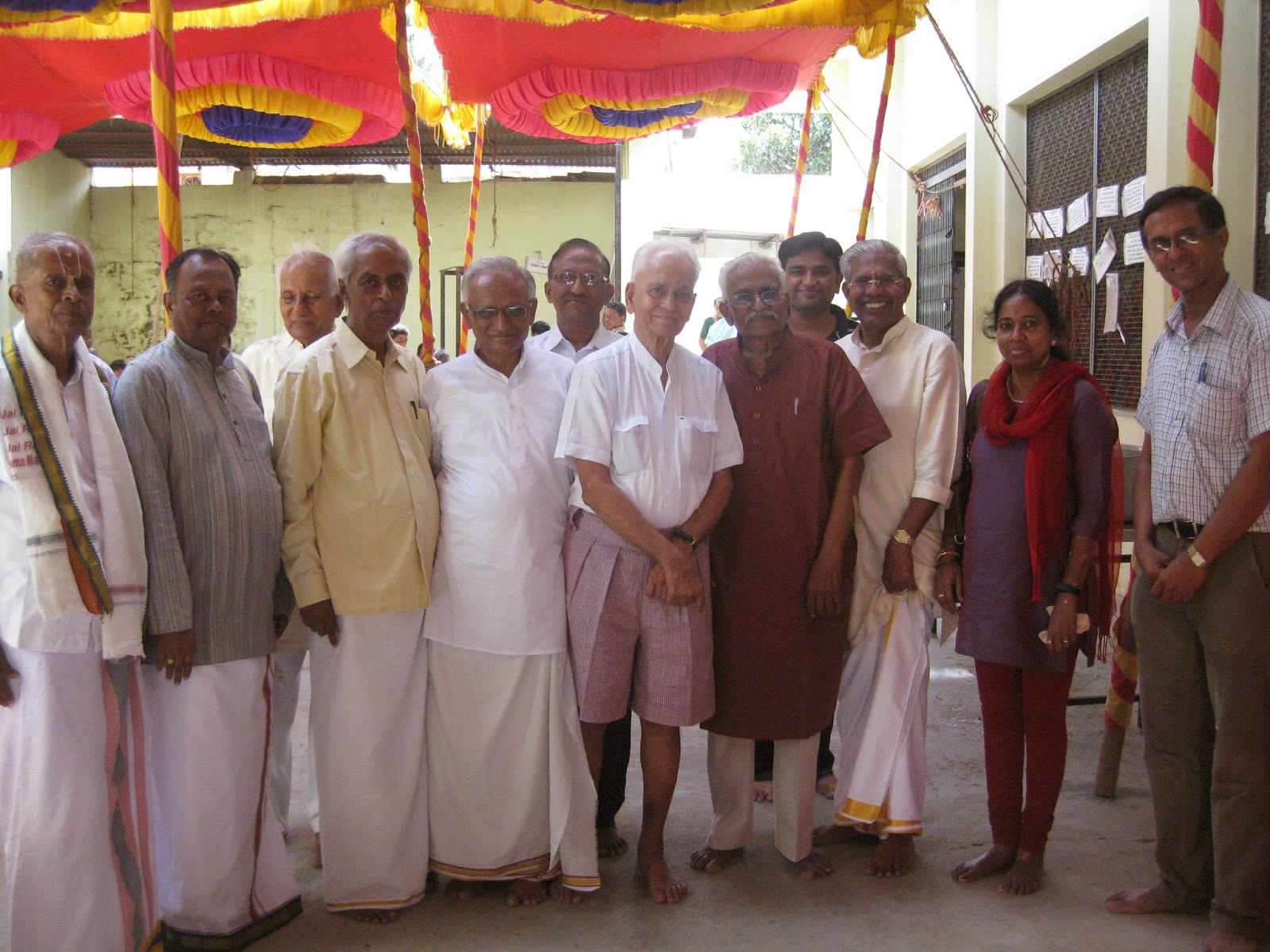 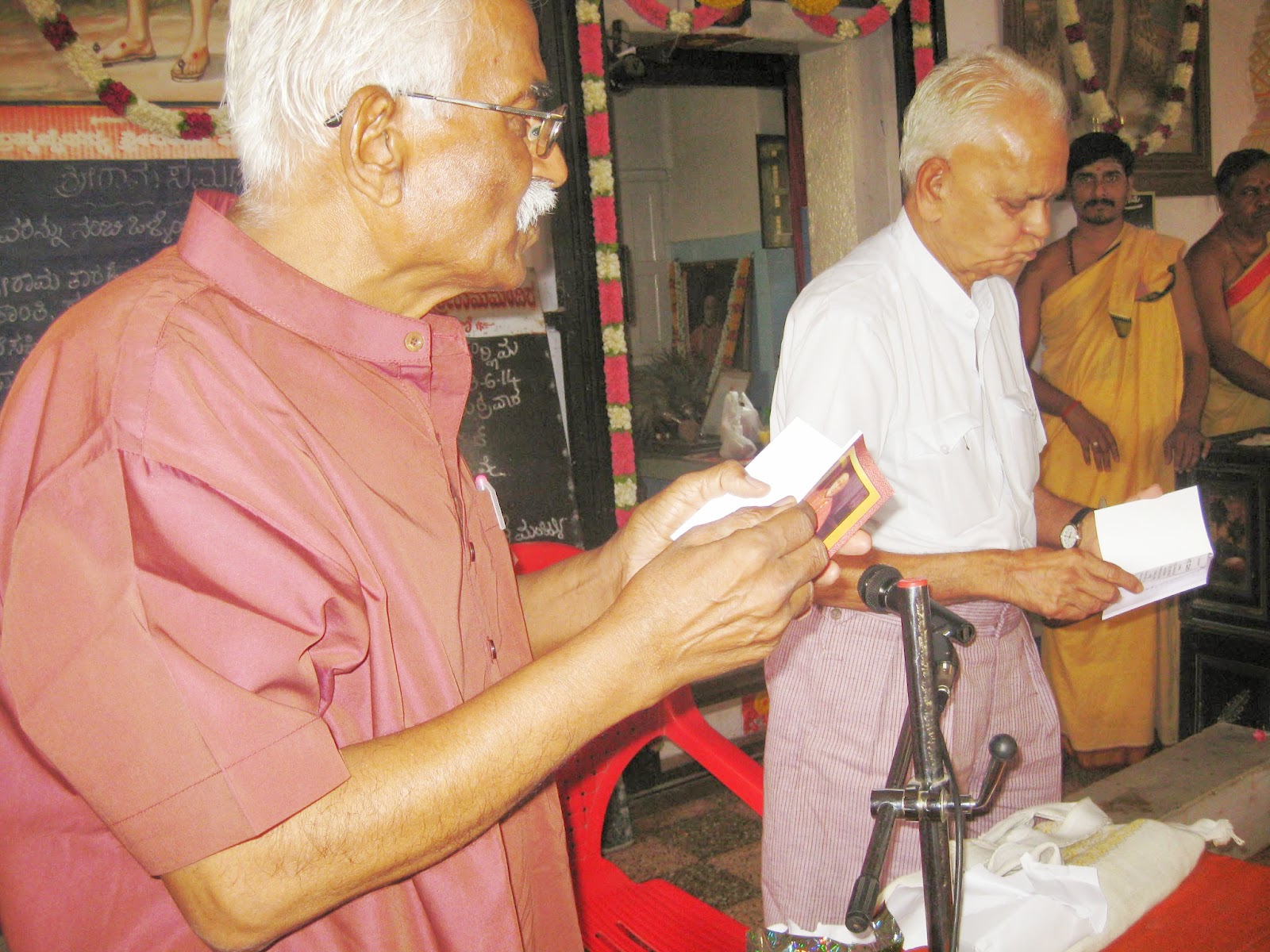 Posted by Raghunath at 10:04 PM No comments: