In a last effort to avert the impending internecine war between the Kauravas and Pandavas, Lord Shri krishna Himself approached Duryodhana, the eldest of the Kauravas and pleaded for the grant of a token kingdom of just five villages to the five Pandavas. Duryodhana replied, "Intellectually, I accept the logic and justice of the demand, but the inclinations of my mind refuse to accept it. As you are the Lord Omnipotent, just metamorphose my mind, and the very root cause of dispute will vanish." This could not be done, however, and a bloody war did follow. Similarly, Ravana too could not be brought to reason. This shows that even a divine incarnation cannot rectify evil dispositions of the mind. It is only the Lord's name that can achieve this. The dire circumstances of the present age therefore call for recourse to nama with singleness of heart.
Suppose a man develops some trouble in a limb, say, the leg, and the doctor advises amputation, to obviate possible future danger to his life. Would it not be wise to sacrifice the limb for the safety of life? Similarly, constant awareness of God should be considered the main function of human life, and other activities subordinated to it; for, such other activities without that awareness would lead to miserable disappointment and frustration in the end.
The root cause of human misery is, not that things do not shape up as we want them to, but, rather, we desire them to be different from what God, in His infinite wisdom, has ordered.
A cat, having caught a mouse, toys with it for some time before finally killing and eating it up. Exactly likewise do time and death play with us humans, beguiling us with false hopes but callously passing on beyond our limited span of life. We should very clearly recognize this, beware of being deluded and misled by such false hopes, and should understand that living in constant awareness of God alone makes life worthwhile and gainful.
The pundits pride themselves on their erudition, discuss abstract, abstruse matters, and profess to guide others; but they all really labour under a delusion, forgetting that top priority should be assigned to maintaining constant awareness of God.
* * * * *
Posted by Raghunath at 6:02 AM 1 comment: 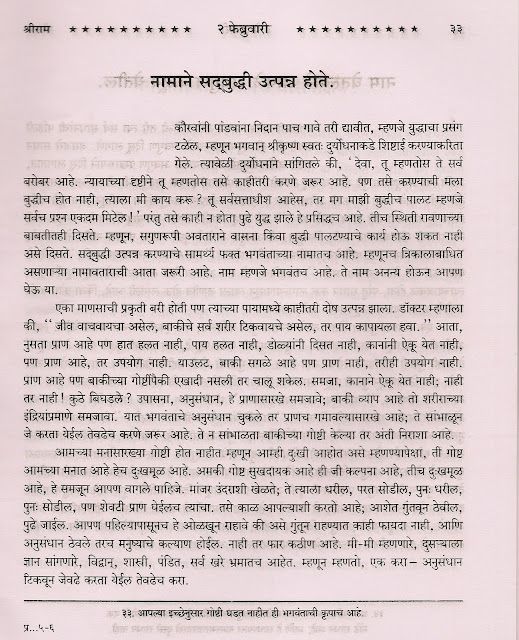 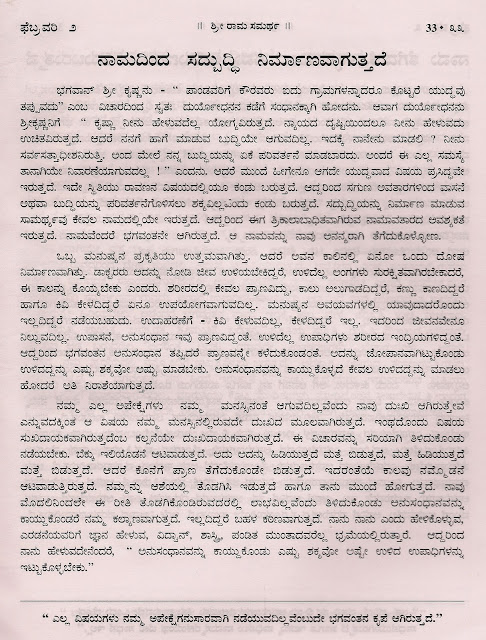