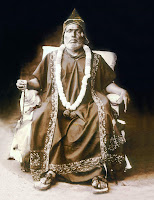 " I am Present Wherever Nama is Chanted"

When I say "See me in nama," I mean that I treat my body as only the outer cloak but I am really in nama, for, really speaking, we are only where the mind is. Suppose you are on a pilgrimage, but your mind is thinking of your home; then you are virtually at home, not in the sacred place. If asked, "Where do you usually reside?" you will have to answer," In the world of the senses and sense objects." One can say that a person is where his liking lies. If, then, you are asked where your guru lives, will you not say, "In nama"? Therefore, I am where nama is being chanted; whoever chants nama may rest assured I am right by his side.
The learned, versed as they are in the shastras, claim that the jnyanamarg, the path of knowledge, is the way fit for them to attain God. In saying this, they lose sight of the fact that, path of knowledge is not only difficult but also risky, because it is very likely that the sadhaka may be infused with pride, the very thing which must be fully conquered before realization. They may verbally understand the doctrine that 'Brahman is the ultimate, undying Truth, while the creation is transitory', but they never experience it. In practice, they treat the body as the reality, although they theoretically declare the world unreal.
The orthodox, on their part, declare that they will rigidly adhere to the rites and observances prescribed by the vedas and shastras. They, too, deny faith in nama. They observe rules and limits very scrupulously, as if they were the goal and not the means, whereas the attainment of God is the end in view. Actually, the rules and rites have no more utility than the hedge for a field. They, however, mistake the one for the other, and assiduously water and manure the hedge; that is, they scrupulously carry out the rituals, forgetting all about the real objective, namely, God. It is accepted that vedic rituals are designed for purifying the heart, but that purification itself is for the attainment of God. If that ritual has not as its basis that objective, what ultimately emerges is sheer bigotry and orthodoxy. Actually, they contradict themselves; for, at the beginning of the sandhya or any ritual, they first utter Omkar that is, nama. 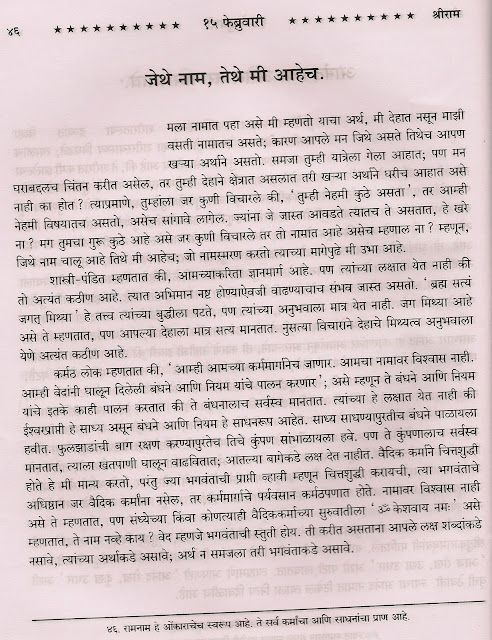 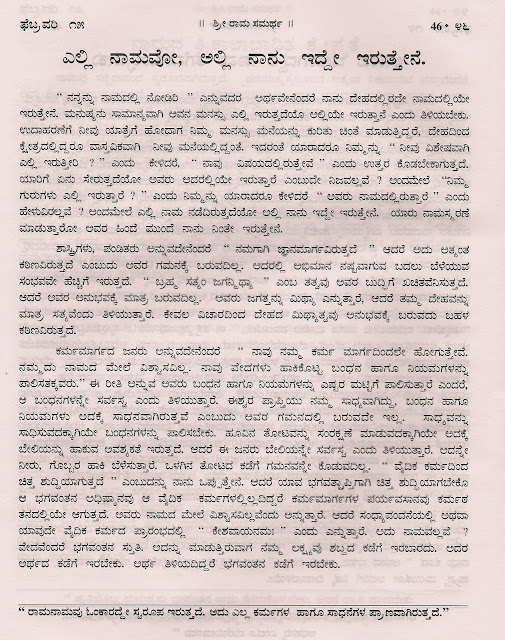