All saints have prescribed a remedy for the common man's attachment to the sensory world. Shri Samartha, in particular, investigated and accurately diagnosed this 'disease' as consisting in the belief that worldly life is pleasurable, whereas it is fundamentally the exact opposite. To effect a cure, however, needs a medical regimen besides correct diagnosis. The medicine must be the one appropriate to the illness. Spirituality will be acceptable to one who finds worldly life rife with misery.
A confirmed drunkard squanders all his money and belongings in drink. When not drunk, he thinks quite sensibly about his wife and children and his life in society, but his reason fails to find the way out of the impasse. To forget the tangled situation, he resorts again to drink even more vigorously, until eventually he lands in utter ruin. Exactly similar is the situation of the common man with his infatuation for worldly life. He feels charmed when he begins. After some time he becomes wearied and loses his zest and, despairing of ever being able to pursue the spiritual quest, again plunges into worldly life until, finally, he miserably succumbs.
One who seeks to inflict harm on others is bad enough, but the world has at least the chance to defend itself. On the other hand, who can help a person who is determined to ruin himself? Isn't it truly suicidal? So, too, is one who thinks of nothing but the material world and material life. Knowing well that they are illusory and transitory, he tries to feel happy with them. He takes it for granted that God has created the world for him to enjoy, and gets more and more entangled with it till he comes to his end. Men do the self-same things every day, without noticing the monotonous repetition; the same eating, the same service or business, the same striving for money, and such other things. The marvel is that they do not feel bored with the monotony. The reason can be either that it is genuinely pleasurable, or that greed and hope have no end. Evidently, the latter is the correct reason; greed and desire are truly insatiable. Is it not surprising that, though repeatedly disproved, the idea that worldly life is going to be pleasurable is one to which man fondly and tenaciously clings? One who refuses to take his own experience into account can never learn wisdom.
* * * * *
Posted by Raghunath at 6:02 AM No comments: 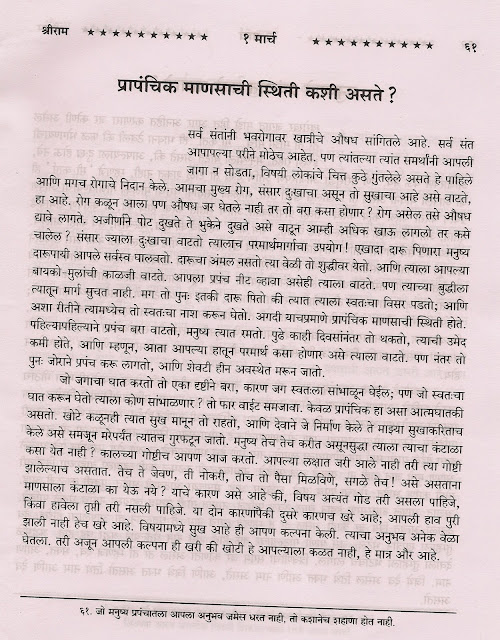 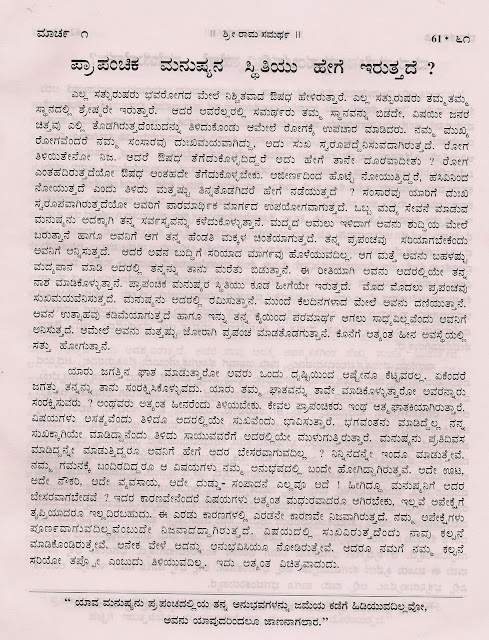