Nama, the Unfailing Arrow of Rama

Children, time spares no one; time defies all control, is unamenable to bribe of any kind, is unnoticed in its transit, yields to none but the Ultimate Reality. How much time has passed, how much has yet to go, nobody knows. It is time that puts things into existence and form; and it is time, again, that wipes its form and existence. This applies equally unavoidably to all palpable things. How can the frail human frame escape this universal rule? The only thing that survives the clutches of time is one who firmly holds on to God, though his mortal body may exist or perish.
I may pass on to eternity, but there is one thing I would most earnestly exhort you to do; never be without nama. Take my word for it, Rama will not fail to look to the welfare of one who meditates on nama. Do, by all means, carry out the duties of prapancha meticulously, but in all the hustle and bustle, hold on steadfastly to nama. This is, in fact, my insistence, my exhortation. Live out your time in the happy remembrance of nama. It is truly unfailing, like the celebrated arrow of Rama which, having hit the target with certainty, would return to its permanent abode, namely, Rama's quiver. Nama is the only thing that, like His arrow, is closest to Rama. It is the only means to reach Him with surety.
The practice of nama-smarana is really very simple. It calls for no special physical or mental upadhi, that is, equipment. It is not confined to a particular timing or site or physical condition. Nama can be recited so long as one has consciousness.
From a different point of view nama-smarana does present some difficulties. One of these is that we are so accustomed to working in the midst of upadhi of one kind or another that the absence of upadhi, which is a characteristic of nama-smarana, acts as a deterrent. Nama does not have a taste of its own, and therefore it soon becomes tiring. To feel joy in nama-smarana is a matter of rare good fortune. It makes one forgetful of oneself; that is, it removes the 'body-am-I' feeling. So one should repeat nama until one enjoys it. Then one would never like to relinquish it or be without it. 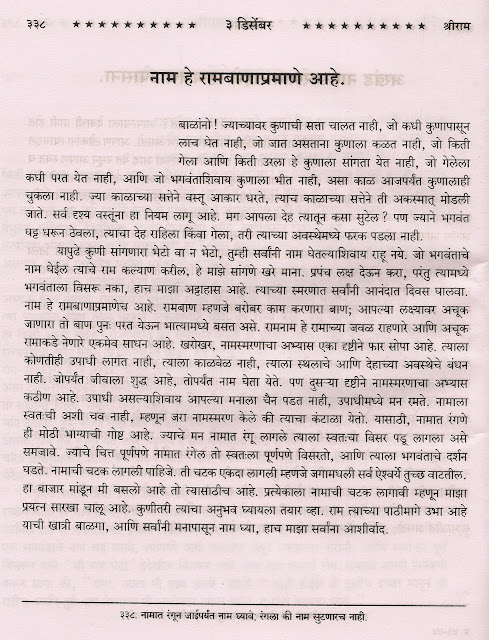 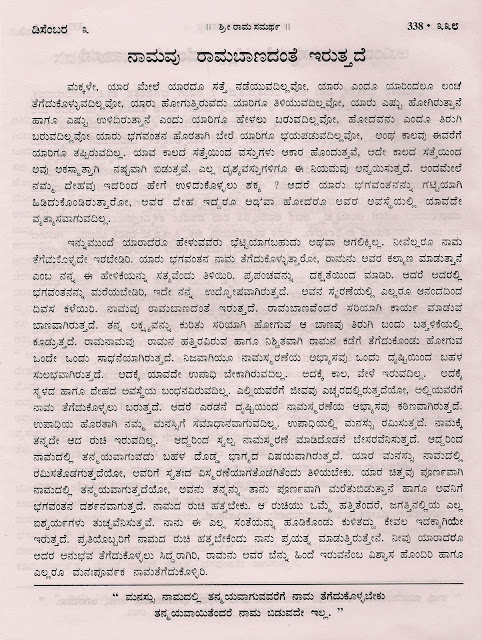