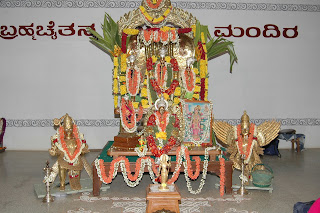 Nama is the foundation of righteous actions and their crown as well. Only actions performed in remembrance of the Supreme Being may be called righteous actions, not those performed without such remembrance. Imagine a person chanting "Rama" but not in remembrance of the Supreme Being; will this action be a righteous one? In reality, nama is self-existent, and therefore, chanting of nama may be called a righteous action, whether chanted with awareness or without it; for, God has said, "I, Purushottama, am present where nama is chanted." Hence the utterance of nama and the presence of the Supreme Being may not be separated from one another. He who chants nama, may or may not be in remembrance of the Supreme Being, but the action must surely be called a righteous one. The main difference between the act of chanting nama and other actions is, that while other actions derive perfection or righteousness on being associated with nama, imperfection and nama cannot co-exist; thus it becomes futile to ask whether or not nama is chanted in remembrance of the Supreme Being. Indeed, if one chants nama, righteous deeds must follow. Delivering a child is naturally followed by its mother's yearning to feed it, to indulge it, and to shower love upon it, without being taught these things; so does it happen to a person who chants nama. Indeed, just as one cannot prevent a mother from loving her child, the person who chants nama cannot avoid doing righteous actions even if he were to so try.
God has spoken to us: "Do you have a desire to belong to me? Then carry out your worldly duties with utmost care, without sparing any efforts, and yet, do believe that it is I who will reward them. Let no situation disturb your mind. The medicine that I will give you, will cure you of all diseases; and that medicine is my nama." So, do practice chanting nama. Do resolve that your life shall not be without nama. I earnestly feel that no life should be without nama. Only he who chants nama devotedly will understand how such devotedness works. And I solemnly affirm that God looks after him who lovingly chants the nama of the Supreme Being. If only once, do call out "Rama" in such earnestness, that God will want to be with you. 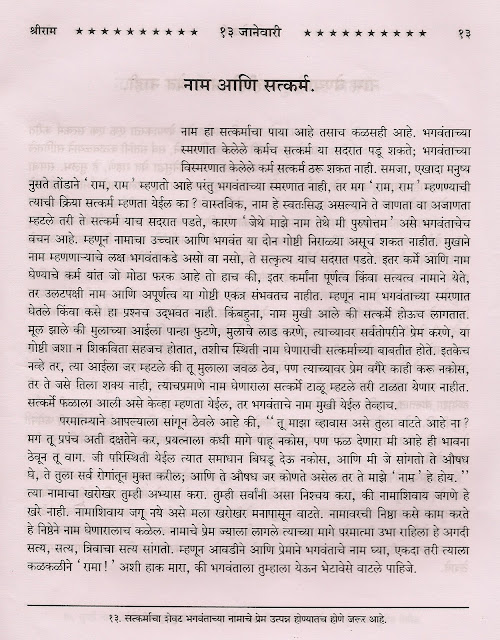 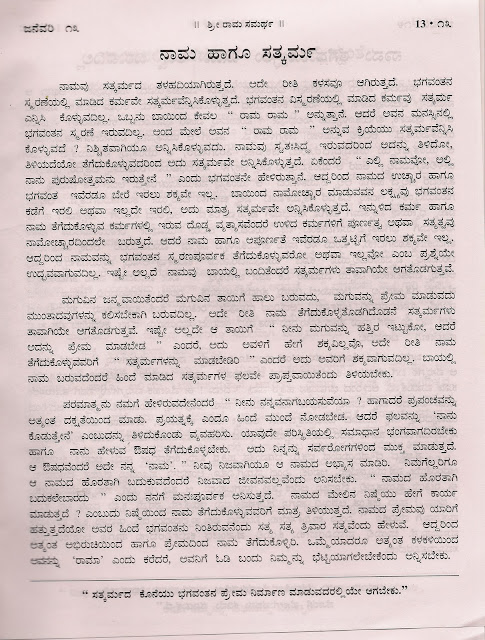