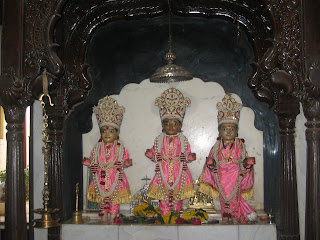 To be in Nama is to be Really on Senses

In a party of drunkards, all are inebriated. If, however, there is one who is not, the rest say, 'he is not on his senses', though actually he is the only one who is really on his senses. Similarly, because we are all absorbed in the enjoyment of sensuous pleasures, we say a person absorbed in nama is not in his right mind. Actually it is he who is on his senses, while we are under an illusion.
The illusion we are labouring under can be removed by three means; namely, good thoughts, good company, and nama-smarana. Thought about the divine is the only good thought. If a man is asked to come minus his limbs and complexion, he will not be able to do it, because they are an inseparable part of him: so, too, nama, the saint, and God are inseparable from one another. Where there is nama, there, too, are the saint and the divinity. Just as the cow follows when you take her calf away, God will follow if you chant the nama. One may ask why the saints have not devised a machine for reaching the divinity; the answer is that they have long ago invented one which is available to any one, can be used safely by any one, and never rusts or breaks down; it is Rama-nama.
The devotee, the divinity, and the nama are identical with one another. Where there is nama there will be found the devotee and the divinity. Therein lies the greatness of nama. Let us keep uttering it with undivided attention. The dirty water in the gutters and ditches joins the river which flows into the sea, and becomes indistinguishably one with it. Similarly, however sinful and cuplable a man may be, if he joins the river of nama he will definitely merge into the ocean Rama. To forget the Creator is an unparalleled sin. Nama maintains awareness of God and thereby washes away all sin.
The word anatha (destitute) postulates the existence of a natha (protector); the one cannot exist without the other. Rama is the protector of all. Let us be in unceasing remembrance of Him. Worldly life is like the life of a person banished to the woods, away from home. One would think light of the trials and tribulations of worldly life if one lives in remembrance of Rama. 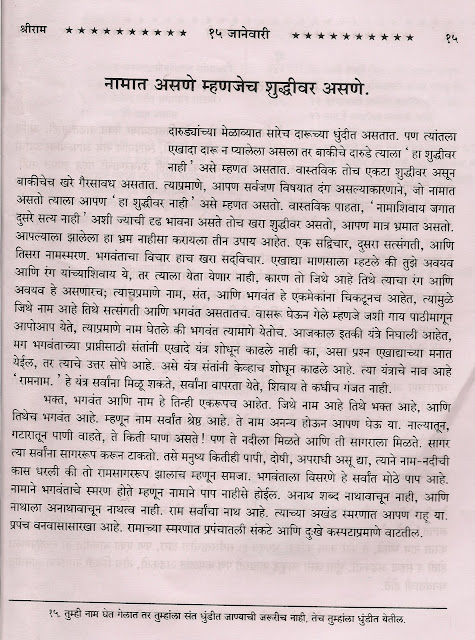 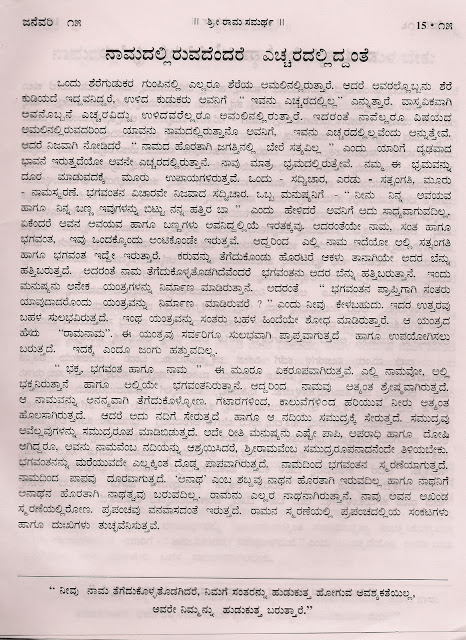 Pictures of a few music recitals during Aradhanotsav 2019

Bhagavannama recital by Sri Fayiaz Khan and party
Posted by Raghunath at 3:17 AM No comments: