Living in Nama is the Highway to God

A woman found it difficult to practise nama because her in-laws disapproved of it. I told her, "If one eats butter every day, maybe even surreptitiously, it is bound to show its fattening effect on the body. Similarly nama, even if practised without anyone's knowledge, will certainly have its wholesome effect. So, if you cannot practise nama openly, you can do so in secret, with due caution, and derive its beneficial effect." If the body is unable to take food by the mouth, it is introduced directly into the stomach through a tube; similarly nama taken with faith and feeling becomes effective very quickly.
A man travelling by bullock-cart fell in the road. A "good Samaritan" who reached the spot some time later found him lying there, took him home, and treated his injuries. Similarly, if we keep practising nama, a saint will come along some day and help us on; only, we must take care to be on the highway, that is, keep practising nama. To live engrossed in sense-objects and interests is like falling in an unfrequented by-lane.
How free of all conditioning nama is! We, who are grossly conditioned by the body-consciousness, therefore fail to realize its importance. It is the saints who truly realize it. England is several thousand miles away from here. We hear about it from those who have been there. We cannot go there on foot because of the long distance. Nor can we go there by a road-conveyance, because the wide ocean intervenes. We can, however, reach there without tiresome trudging, and without fear of being drowned, if we take a steamer. If, similarly, we take to nama, we can attain God in comfort and safety. We have not seen Him ourselves, but the saints have, and they describe Him. We cannot reach Him for the distance, and for the intervening ocean of worldly life. Under these circumstances, if we hold fast to nama we can comfortably attain to Him.
A person may be known by different appellations in different circles of his kith and kin, and he responds to any of them; so, too, will God respond, whatever name you call Him by. Just as a purchaser gets a property spread over different places merely by a single mention in the sale deed, the omnipresent God is comprehended in His name.
* * * * *
Posted by Raghunath at 6:02 AM No comments: 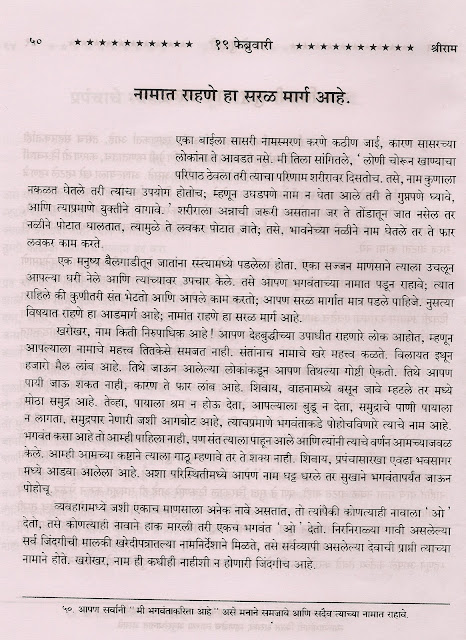 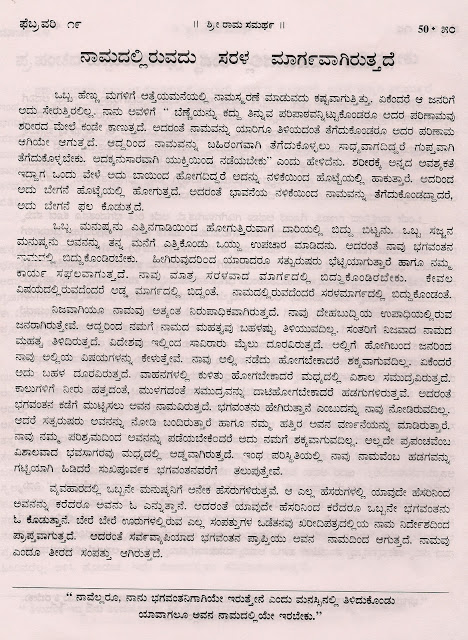